In the fall of 1984 Rudy and Elizabeth Stocking found a piece of property in the Uxbridge area that they knew would be home. They named it Willo’Wind and knew it was the place to raise their young children Luke, Erica and Adrian. They could enjoy having animals, growing healthy food and the pleasure of living on a farm. It was also to be a place of hospitality for others to enjoy through their Bed & Breakfast and retreats.

The plan was to have the farm as a hobby farm with a few animals, a small garden and to farm in a sustainable and ecological manner. A long term goal was to have Rudy take an early retirement and grow the business to be able to work fulltime on the farm. Forty of the 50 acres that they owned was rented to a neighbouring farmer. Of the remaining 10 acres of land, 4 acres that surrounded a pond was planted with pine and spruce trees for reforestation and habitat restoration. The other 6 acres was used for pasturing a small herd of sheep, hay for the animals and a small flock of laying hens. The original barn had burned down before the farm was purchased and there were only a couple of small outbuildings. The Stocking family set about life on the farm. Soon the family grew to include sons Travis and Niall. It also grew to include Elizabeth’s brother Richard who had been living with their mother until the time of her death. Uncle Richard became a huge help when chores needed to be done. The next 14 years the family raised family, sheep, laying hens, meat birds and turkeys.

When Rudy retired from his fulltime job in Toronto the farm increased the scope of its vegetable garden, as well as some of the livestock. The farm business began to grow with the sale of organic vegetables and natural meats to customers through a delivery service. When Luke, Erica and Adrian graduated from high school and moved off the farm for further studies, the younger sons, Travis and Niall, began to help more with the running of the farm. Milking goats, beef cattle and two draft horses joined the farm family. Time to build a shelter to house the horses and cattle!
In the fall of 2005 Adrian decided with his wife Diana that they wanted to move back to the farm from Vancouver and help with the farm business. It was also at this time that Rudy felt he would prefer to concentrate his energies more on teaching rather than farming and so Adrian took on more of the responsibilities working with Travis, Niall and Elizabeth. They took on a barn renovation that provided more storage for hay and larger, warmer pens that were more accessible for feeding. This was also great for visitors, enabling them more access to see and be with the animals.

In 2006 Adrian committed to farming fulltime and began to take over the job of running the farm with the help of Elizabeth& Diana. Travis and Niall headed out for further studies at college and university. In 2008 Willo’Wind began selling vegetables through CSA shares and at the Uxbridge Farmer’s Market. It went on to join the current Farmer’s Markets you see posted on this site and developed its CSA customer base. Travis and Niall both moved home after school to work full time on the farm allowing it to expand and develop. The farm business continued to grow with increased vegetable production and a larger, more stable customer base. When Niall, and Travis with his partner Noelle, left to develop their professional careers it was time to buy a tractor.

Currently Adrian and Elizabeth continue to partner together to manage the growing business with Adrian as the key manager for all farm development. Niall returns to the farm in September 2013 to take on the role of Livestock Manager.

The next generation of Stockings emerged into the world and now Jacob, Amy, Anabel, Margaret, Eva and Olivia enjoy the farm as their parents did. Jacob and Amy can be found working at the Junction Market lending Adrian a hand on Saturday mornings alongside their parents Luke and Joanna. Anabel and Margaret fly in from Vancouver with their parents Erica & Christian to enjoy life here on the farm. Eva and Olivia have the added bonus of waking up on the farm every day. All of us are grateful for the gift of Willo’Wind. 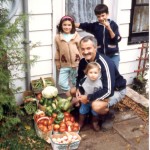 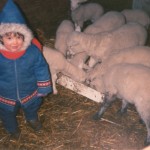 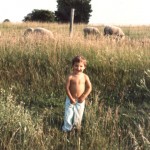 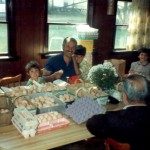 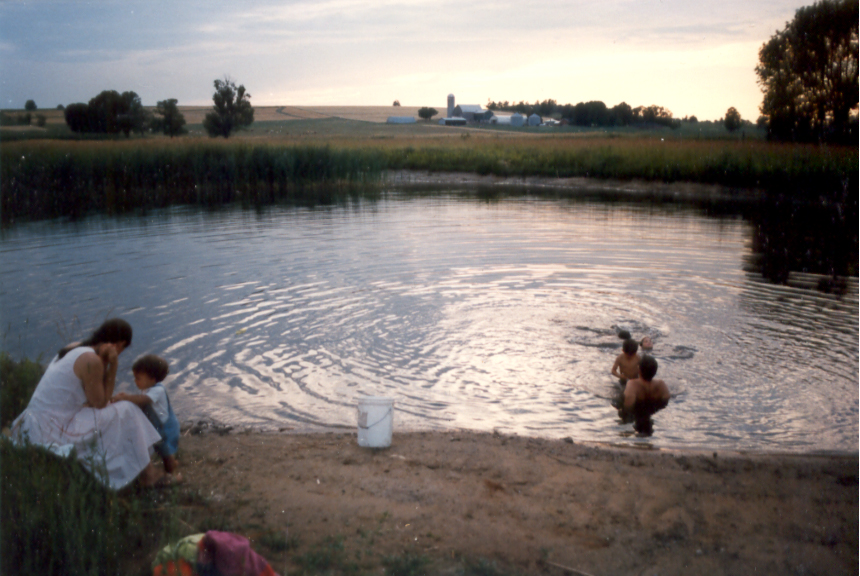